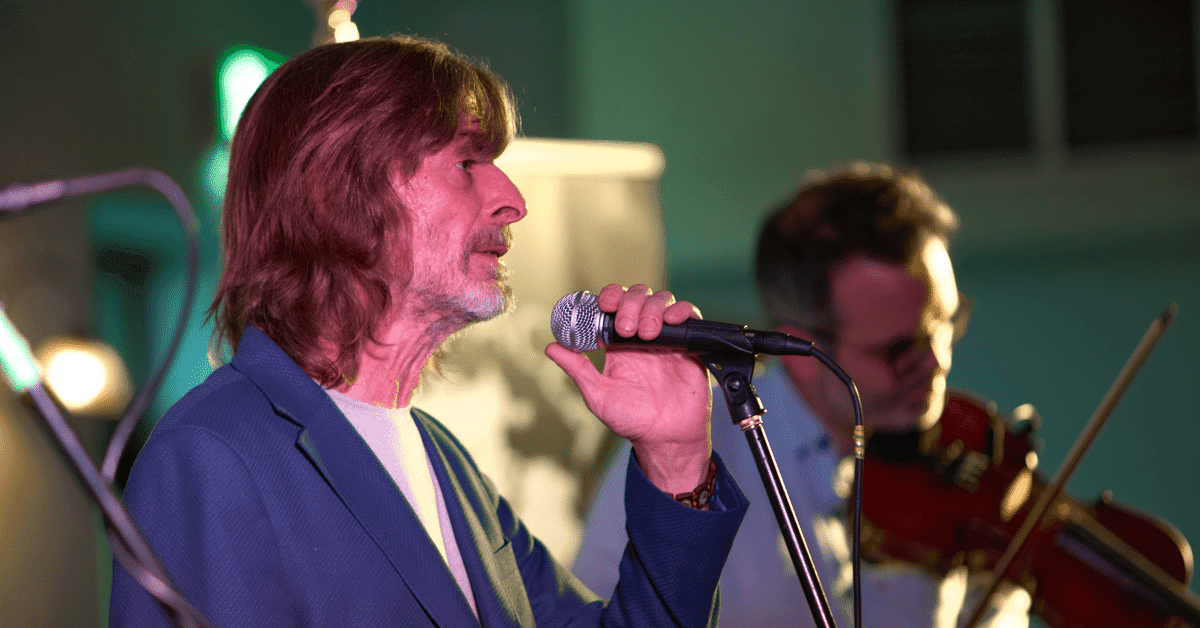 In 2020 and 2021, due to the pandemic, one of the oldest summer schools in the country – Scoil Samhraidh Scoil Acla, like many, embraced digital and offered the summer school classes via Zoom as well as nightly recitals, concerts and competitions via social media. This year, the Coiste were very much looking forward to hosting, once again, another eclectic week of song, music, dance, and culture in various venues across the parish of Achill. As we near the end of the Summer, Coiste Scoil Acla would like to thank all who worked to ensure the successful return of Scoil Samhraidh Scoil Acla.

The week’s events got off to a wonderful start with the Official Opening on Monday the 25th July conducted by Vince Jordan, former president of Comhaltas Ceoltóirí Éireann.  There were performances from Artist in Residence – Derek Hickey – along with some of Mayo’s young talent who had qualified for Fleadh Cheoil na hÉireann: Leah McNamara, the Rolling Waves and Sheila Moffat School of Dancing. Long-time and well-respected tutor – Emer Mayock – launched “Fís agus Forbairt Úr” – Scoil Acla’s Strategy document which sets out strategic priorities for the organisation for the coming 5 years. Later that evening a packed audience were enthralled by Seán Keane and his band at a sell-out concert in Óstán Oileán Acla. Oíche den scoth a bhí ann.

Artist in Residence for the week was Derek Hickey. Derek is a member of the legendary De Dannan and has tutored on the BA Irish Music at The Irish World Academy of Music & Dance in the University of Limerick. 2022 was the Year of the Accordion and it was a real honour to have a musician of the calibre of Derek as Artist in Residence. His visits to all the classes were highly entertaining and he was very popular with everyone. Some of his visits were conducted outside the various venues in glorious sunshine, showcasing not only the wonderful music but the beautiful scenery to be found in all corners of Achill.

Adults and children from all corners of the country and globe attended classes during the week. The Writers Workshop was conducted by Paddy Bushe and provided a forum for established writers to share their experiences & expertise and for beginners to take their first steps. Other workshops included the ever-popular Basket Weaving with Kathleen McNea and Quilting with Sheila Mangan. There were master classes on the accordion and uilleann pipes as well as workshops focussing on duets and song-writing. Other activities included outdoor sessions: “Trad ar an Trá” on Keel Beach where the glorious weather matched the wonderful backdrop of the Minaun Cliffs. There were Session Trails during the week for intermediate and advanced players and we thank the various pubs/hotels who hosted them.

The twin themes of “The Tattie Hokers” and Grace Henry run through the novel “Amethyst Country” written by Mary Lennon and launched during the Scoil Samhraidh. Mary gave a presentation on her book which explores painful personal loss, the price of artistic commitment and keeping faith with the past. In attendance also was Michael O’Donnell who recounted his first-hand experience of being a “tattie hoker”. Our thanks to Dr King who was an excellent MC for the occasion.

Concerts during the week included the Traditional Music Recital and Ceolchoirm na Féile where the audiences were treated to some wonderful music, singing and dancing by musicians of the highest calibre. Also staged during the week was the Hata Acla Competition which was won by “Mad about Trad” from Tipperary.

An event which was both poignant and immensely enjoyable at the same time was the “Joe Burke Tribute Night” held in Ted’s in Cashel. The late Joe Burke was the Musician in Residence at Scoil Samhraidh Scoil Acla in 2002 and there are many happy memories from that time. Many will also have fond memories of his humour and musical ability on his return in 2010 to play at Scoil Acla’s centenary concert. A native of east Galway, Joe Burke was a master accordion player who inspired generations of younger musicians.  Invited guests in attendance included Joe’s wife Anne Conroy-Burke, his sister-in-law Mary Conroy, and life-long friends Deirdre McSherry and Eileen O’Brien and cousin Yvonne Barrett. It was a wonderful celebration and was considered by many to be the highlight of the week’s events.

The Scoil Samhraidh was brought to a close with the Aeraíocht/Open Air Concert at Lourdie’s in Dooagh on Saturday. The weather was favourable and a large crowd was in attendance to hear members of Achill’s Pipe Bands open proceedings. John Twin McNamara and Paddy Ryan (our Scoil Samhraidh Mentor) raised the Scoil Acla Flag.  Each of the various classes then performed some of the tunes they had learned during the week. The Aeraíocht ended with an impromptu session by the Scoil Acla tutors….toe-tapping music!

Scoil Acla is grateful to all the venue providers, venue supervisors, photographers, traffic management team and to all who helped to ensure the Scoil Samhraidh ran so smoothly. Our thanks also to the dignitaries and special guests who attended the Official Opening. Thank you to our funding agencies – the Arts Council, Ealaín na Gaeltachta, Foras na Gaeilge, Music Network, Mayo Arts Service & Mayo County Council and to Councillors Paul McNamara and Michael Kilcoyne – for their continued support. A word of thanks also to Joe Byrne from Midwest Radio and Raidió na Gaeltachta for their coverage of the Scoil Samhraidh. The dates for 2023 are the 23rd to the 29th of July. Online booking with the “Early Bird Discount” opens in March 2023. Book in time and avoid the late registration fee which will apply from 16th July next year. Keep an eye on our social media channels and our website www.scoilacla.ie for news on upcoming events throughout the year