The last decade of the nineteenth century and the beginning of the twentieth century following the foundation of Connradh na Gaeilge by Douglas Hyde, saw a reawakening of the national spirit. Achill was to play it’s part in this movement. Some of the pioneers of this organisation established Scoil Acla in 1910.

This was a Summer School for the teaching of Irish; the teaching of Piping (Irish War Pipes) and the promotion of music, dance, song, and culture generally. Wearing of the national costume was encouraged. The founding members of Scoil Acla were: Emily Weddall, An Paroch, Claude Chevasse, Tomas O’ Raghallaigh, Colm O’Loughin, Donal O’Riordain, Darrell Figgis, Anita McMahon, Charlie Barrett and Eva O’Flaherty

People came from all parts of Ireland and this was surely the start of the Summer School movement. The famous artist Paul Henry was introduced to the people of Achill by Mrs. Weddall and Achill soon became a haven for artists. Paul Henry was an active member of Scoil Acla and in 1912 was the director of the play ‘Casadh an t-Sugain’ (The Twisting Of The Rope) by Douglas Hyde. This and other plays in the Scoil Acla Hall which Mrs. Weddall built for the people of Achill.

While the language was then on the decline in Lower Achill, it was still spoken by the older generation. Those who spoke it and the musicians, particularly the fiddlers were an integral part of Scoil Acla.

The school gradually went into decline and all that remained was the very comprehensive Clar for 1914 and fond memories of those times in the hearts and minds of the older generation.

The desire of the organisation is for constructive and steady progress. Scoil Acla was rekindled at 10.00am on Tuesday 6th August 1985. Thirty six pupils enrolled in a course of traditional Irish music at Dooagh School.
Well known music teacher, Paddy Ryan from Roscommon began instruction with twelve young students on fiddles which were promptly bought on the day from Tommy Robinson of Belfast. The remainder were instructed on in tin whistle and concert flute by John McNamara.Those were the first tentative steps on the road forward.

Achievements to date include: 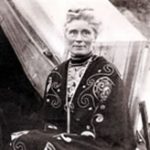 In March 1911 Emily wrote a letter to An Clidheamh Soluis, “The Sword of Light”, Conradh na Gaeilge’s weekly newspaper which was published between 1899 and 1932. Who counted both  Patrick Pearse and Eoin Mac Néill amongst its editors.  Scoil Acla was only a pipe dream at the time. She made an excellent case for a proposed summer school. It was a very brave step for the founding members to take, but they took it all the same and it paid off!